Ever been browsing through an online journal and been limited to reading only a few articles? Or followed a link to a newspaper website only to be stopped in your tracks due to not paying for a subscription? Or, even worse, been half way through reading before being cut off?

If so, let me introduce, the paywall.

This word may seem unfamiliar to you, as admittedly it was to me until recently, but we’ve all come across them before.

This sturdy structure will stand in your way of reading online articles unless you continue to feed it with money every month — and why would you want to make this kind of commitment to only one website?

Well, when we’re faced with this wall, we don’t have many options. Subscribe or not. There’s no way to do this half-heartedly.

For the majority of us, and, may I add, in a typically modern-day attitude, we choose to leave the site and look for our information elsewhere — why pay when we could get it for free?

I don’t know about you, but this paywall malarkey seems pretty ineffective to me…

However, perhaps there’s two sides to this wall -

What we’ve mainly seen until today is how-not-to-paywall.

Lack of choices. No personnalisation. And a damn-hard-to-move wall.

Ultimately, for the media, this means the revenue received from subscriptions is limited.

But what’s on the other side?

How should a site use a paywall to make sure it’s actually effective?

What’s needed is a refresh. The same concept but brought up-to-date to fit with the modern digital media consumer.

This is where I introduce Poool.

Poool recognises the potential of paywalls.

Poool understands the needs of both the media and the reader.

So, what’s the trick?

After the first week of an internship at their office in Bordeaux, I discovered the new world of dynamic paywalls…

Created in 2015, this 10-man business has mastered the art of paywalling by developing software that converts the wall into a bridge, gently leading the reader to subscribing.

The key here is that their paywall is more of a journey for readers. Personalised and analysed by the publishers, various journeys can be tested at the same time and will be shown to a reader depending on the type of audience they classify as. Results can then be analysed, with the most effective journey having the highest number of subscriptions at the end. This is something completely new for publishers but it also improves the experience for us, as readers. Instead of the wall, we are given compensation choices, such as watching an ad, answering a question or signing up to a newsletter, rather than having to immediately pay for a subscription.

In this sense, not only is the paywall adapted to suit the publisher, but also the reader.

What’s more, Poool is also developing the new way to pay for what you read.

Instead of fully subscribing to one media, and paying per month, this modern take on accessing content is simple, fast and involves no commitment. The dream.

You simply sign up to Poool Pay, for free I might add, and then just pay for single reads on websites. This way, you can poke your nose into content on multiple sites without the constraints of a single subscription.

They really do have this paywalling business down to a T.

What’s the takeaway message from all this?

Rock-hard paywalls are ineffective, restrictive and too ‘one-size-fits-all’ for today’s wide range of users.

But this doesn’t, and shouldn’t, need to be the case.

Learning how-to-paywall is important and I’d like to hope that the message is starting to sink in among the media sites of today.

This shift from static to dynamic won’t just benefit publishers but also us, as readers, something that the standard paywall certainly doesn’t do.

Google News Consumer Insights + you (as a publisher) + Poool = ❤. 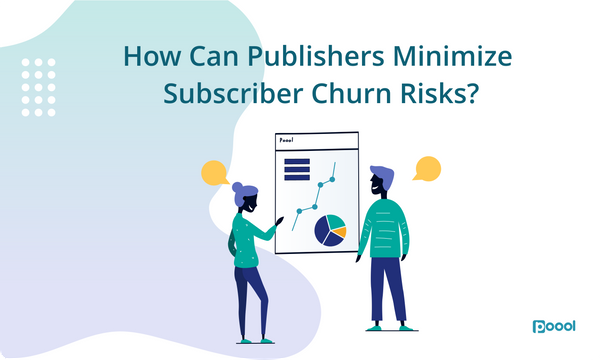